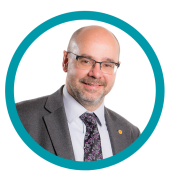 Simon Thomas AM, Chair of the Finance Committee, made a statement in Plenary on 5th April 2017 on the Committee’s behalf, outlining its experience of their pre appointment hearing for the Chair of the Welsh Revenue Authority.

The Welsh Revenue Authority (WRA) will be established to collect and manage devolved Welsh taxes and will become operational from April 2018. The WRA is non-ministerial department of the Welsh Government. The Cabinet Secretary for Finance and Local Government believed a pre appointment hearing would be beneficial given the unique status and governance arrangements for the Chair of the WRA.

In the Committee Statement the Chair detailed the constructive results the hearing produced; including giving the candidate exposure to parliamentary scrutiny in a public setting, something which an appointee to a post of this level needs to be prepared for.
In the statement, the Chair voiced that, as with any new procedure there is room for improvement. He outlined the Finance Committee’s suggestions for future pre-appointment hearings to include;

You can find out more about the Assembly’s Finance Committee by visiting assembly.wales/seneddfinance. You can also follow the committee on Twitter @SeneddFinance.
END_OF_DOCUMENT_TOKEN_TO_BE_REPLACED